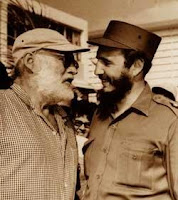 Looking for a break from the cold, I curled underneath my baby’s stove in her soul kitchen. As Ursa Major ascended over Queen’s Crown and shone through a brittle windowpane a hypnagogic reverie fluttered through my comatose state:

A King perched high above worldly problems laid aside his bubble swatter in the ivory tower and descended to a secret room beneath the magic reservoir moat. Through a flat screen-changing mirror, he gazed upon happenings of the Realm, witnessing Twilight episodes of good commoners securing the homeland:

A resort director bussing tables made certain that nothing went to waste. The President of a dozen banks polished off her pennies and placed them in a Leadville copper basin. An airline executive dashed across the ice to help unload a cargo full of skis. An attorney and his insurance executive shoveled snow off an elderly lady’s roof during their lunch break.

The king rubbed his eyes in disbelief and adjusted the plasmatic monitor, smacking it with the bubble stick, but it continued to spin out solid axis of good scenes; an architect switched out a burned out bulb above blood alley. An editor boiled up a vat of ink for kid’s crayons of mass creation, which they used to draw stick figures of critical thinkers. A hospital administrator con-cocted a headache formula from willow branches to heal his grandma’s aches. Two babies with intertwined arms looked up at him and smiled.

The king hailed a peaceful Prince to adjust the string on the back of the mirror. Everything looked normal, and the show continued; during school hours, around a children’s courtyard camp-fire a Superintendent fervently sang folk tales filtered through thousands of earth revolutions. A solar powered commander flew down on golden gossamer wings and swapped out five cents for an Ice cave Geocache arrowpoint. A statuesque eagle swooped out with the sparkly coined buffalo to decorate his mate’s nest. A basketball coach drew small harp out of his feathercap to accompany a stammering young singer through an angelic anthem. The head of the Federal Reserve wheeled some ticker tape out to the recycle bin for a parade honoring a time of peace. A frog on a demonstrator’s shoulder looked up at him riveted.

A postmaster trumpeted first-class news through her window box. It was about nine linemen for the county, who leapt like lords up windmill poles, tossing electrified nunchucks across serpentine rivers to save naïve ginger bakers from wolves. Sagging downstream a water master lent a hand redigging a caved-in hot pool. Beneath where Rainbows Bend, the owner of a hard rock mine handed out rubdown vouchers to his grizzled laborers. The same twilight, two lovers smashed evil atoms into oblivion on the dance floor.

The king wished for some of that disarming headache concoction. He did not understand. Could a culture of happiness weaving straw into gold transcend more than pretend? The extraordinary circumstances continued on all channels: A cable TV installer got a hoot out of nursing a great horned owl back into flight. An admiral played some Mussorsky lightly over the sonar, tickling the narwhal’s delight. A thoroughbred greeted the tanner as a liberator -when he whispered -the whip was shred. A port for ships of the sky flew off to a safer place and a healing clinic slapped in its stead.

Affordable shelters rolled into town. A stonemason formed Idaho rocks in their solid ground. He flew from a land Hemingway knew, where leaders open dialogues with subjects, not just an elite few. During disasters, their chieftain dirtied his hands well, as he helped commandeer survival objects for all.

The king rose up his winding staircase to retire, treading lightly without popping any bubbles. From outward appearances, the castle’s perimeter looked unimpeachably secure and to make sure, guards hoisted drawbridge chains up from the enchanted moor.

As this happened, my baby’s oven squeaked open -awakening me from this feverish illusion. A real break from the chill came when Sol rose, chopping balmy clouds behind the blinding windmills. Ursa Minor transmutated into flesh and fur as a Cinnamon Bear, lighting in beyond human through the dog’s wide door. Hungry from his hibernation in some Sheep-eater Indian caves, we all shared for a spell some wonderfully warm rye biscuits around the hearth, he fresh from fantastic dreams of swat-ting fish running through unfettered streams -without reflection of mercury.