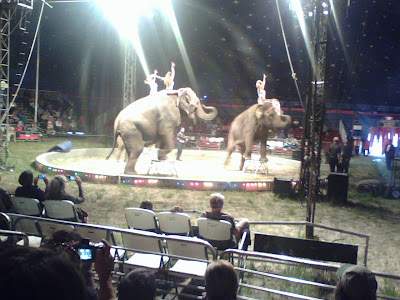 Some are born to sweet delight

When I was around 10 years old, my best friend at the time, Andy Jack, and I traded stories about what our first memories were. Amazingly, his was from a time when he was a mere sixth months old and his dad took him to the circus for a ride upon an elephant!

My first memory was not nearly as cheerful, although it started out that way. I was one and a half; fifty years ago now; and my mother was having some girlfriends over for a sun-bathing party. As I watched the women in their bikinis on that hot day, enjoying early 60’s music blaring from a fuzzy radio in the background, and drinking cold drinks, a bee began to pollinate the tulips in our backyard. As the bee buzzed between flowers, I got caught up in the action, and wanted to be larger part of the beauty. I thrust my finger out to the sky and said, “Come to me bee! Come to Me!” Well, right then the bee landed on my finger and stung me deep. Being such a young lad the poison felt about as shocking as a rattlesnake bite, and try as I did, I could not stop from bawling for a long while. Mom’s immediate assistance was comforting, and though the poison probably made me stronger, I couldn’t help but wish later that my first memory had been something more delightful such as Andy’s when he felt like a young price during his colorful three-ring circus elephant ride.

As a former meter reader I find it regretful to see that numerous utility companies are phasing out these important jobs. Traditionally an entry level avocation, many career Gas, Power and Water personnel began initially as meter readers; learning the ropes of their trades by inspecting every corner of the system, and getting to know their grids as well as the back of their hands.

Meter readers often walk 8-12 miles a day. While on foot they usually see much more than car-bound employees do; sometimes noticing crucial infrastructure issues, such as a service box or sewer top caving in, dead tree branches leaning against power lines, or a strong scent of gas emanating from the street.

By elimating these key jobs, our utility companies will no longer have these warriors watching out for us in such close ways. Not only that, but with the sudden push to “smart grid” metering, our Idaho Public Utility Commissioners would be wise to ensure that these new systems are highly hacker-resistant, before full implementation. For instance; imagine an enemy breaking into the grid, to shut down the full configuration, causing long-term damage to power lines, substations and even home electrical systems. This is not far fetched, as nefarious hackers have already infected various financial institutions, global security systems and millions of personal computers. Unlike old style meters, smart grid meters are susceptible to online attacks.

Recently, precocious and prolific blogger Ran Prieur made a related observation, “Did pirates have to protect their wooden legs from cyber attack? Do slide rules get viruses? No! But medical implants are now on the same path as Microsoft Windows and the tech system as a whole: adding more complexity, and creating more openings for failure, which can be patched only with more complexity at greater expense.”